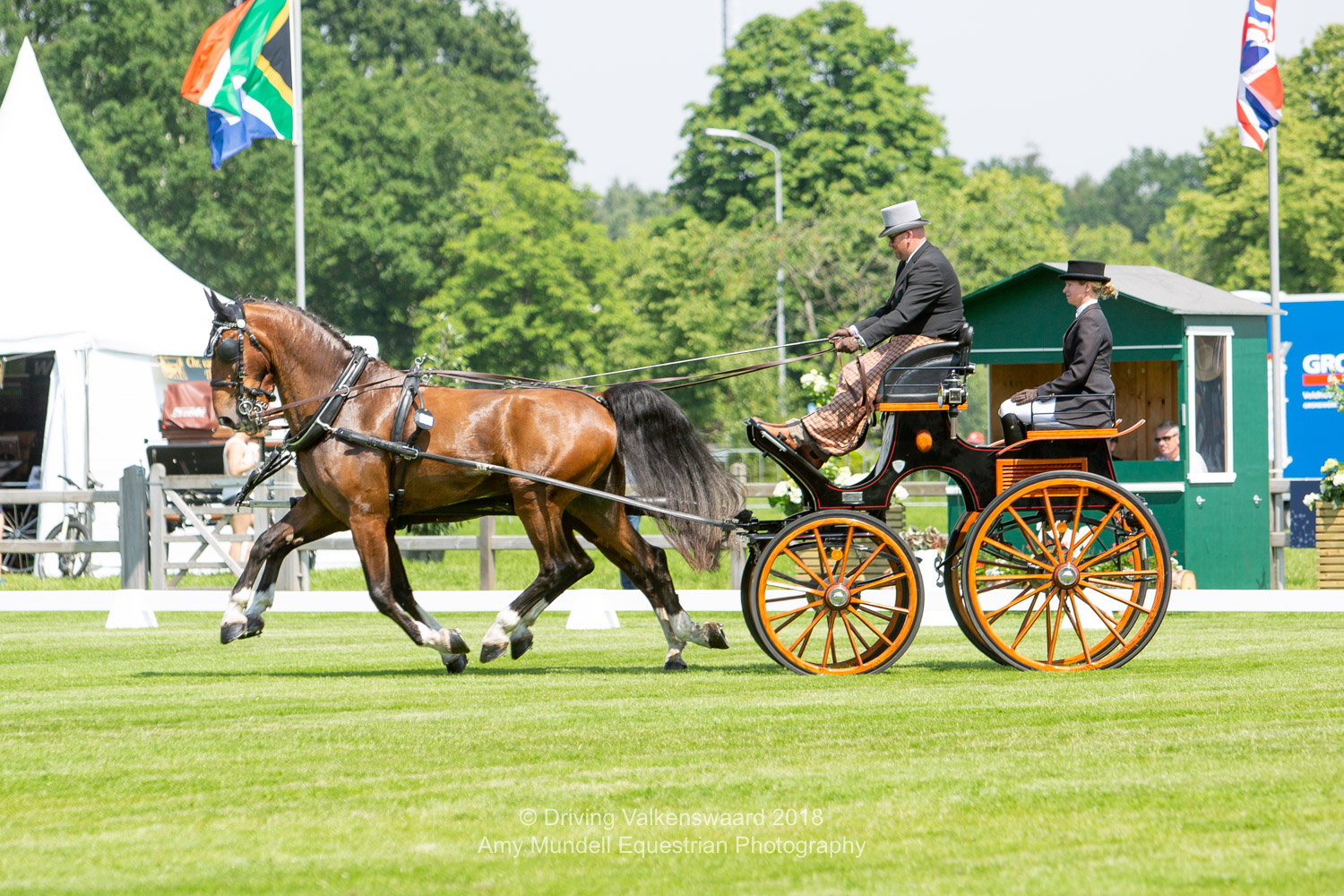 The third edition of Driving Valkenswaard International started this morning at 10 am with the dressage competition for horse pairs. Twenty-six drivers from eight countries entered the beautiful dressage arena at the Exell Equestrian facilities, where much work was done to create perfect conditions. The 2017 DVI winner Lars Schwitte convincingly won the dressage ahead of Michael Sellier from France and Germany’s Rainer Bruelheide.

Lars Schwitte presented a strong test with his KWPN geldings Coenraad and Damico 5 and all five judges unamiously awarded him with a first place. Michael Sellier’s Cardiuweel du Premio did not pass the re-inspection this morning, but he managed to finish runner-up with his dressage pair Clemens 49 and D’Augustinie. Rainer Bruelheide took third place with his Patijn-sons Azzurro and Grappolo ahead of the USA’s James Miller, who, like Sellier, is based in Valkenswaard. The Irish driving Folke Rohrssen and Holland’s Sanny Hagen-Dijkhuis finished a close fifth and sixth respectively, which could be interesting during the marathon.

This evening the drivers (pairs and four-in-hand) will present some spectacular action during the popular PITT Bicycle Challenge in the indoor arena, where they will compete in an obstacle course on a bike. Nice prizes will be available for the winners.

On Friday morning at 10 am, the four-in-hand drivers will compete in Valkenswaard. Germany’s Rainer Duen will be first to go and host Boyd Exell starts at 10.33 am. The first member of the Dutch team, Peter de Ronde, starts at 11.06 am, followed by second team member Koos de Ronde at 2 pm and IJsbrand Chardon will start at 4.02 pm.