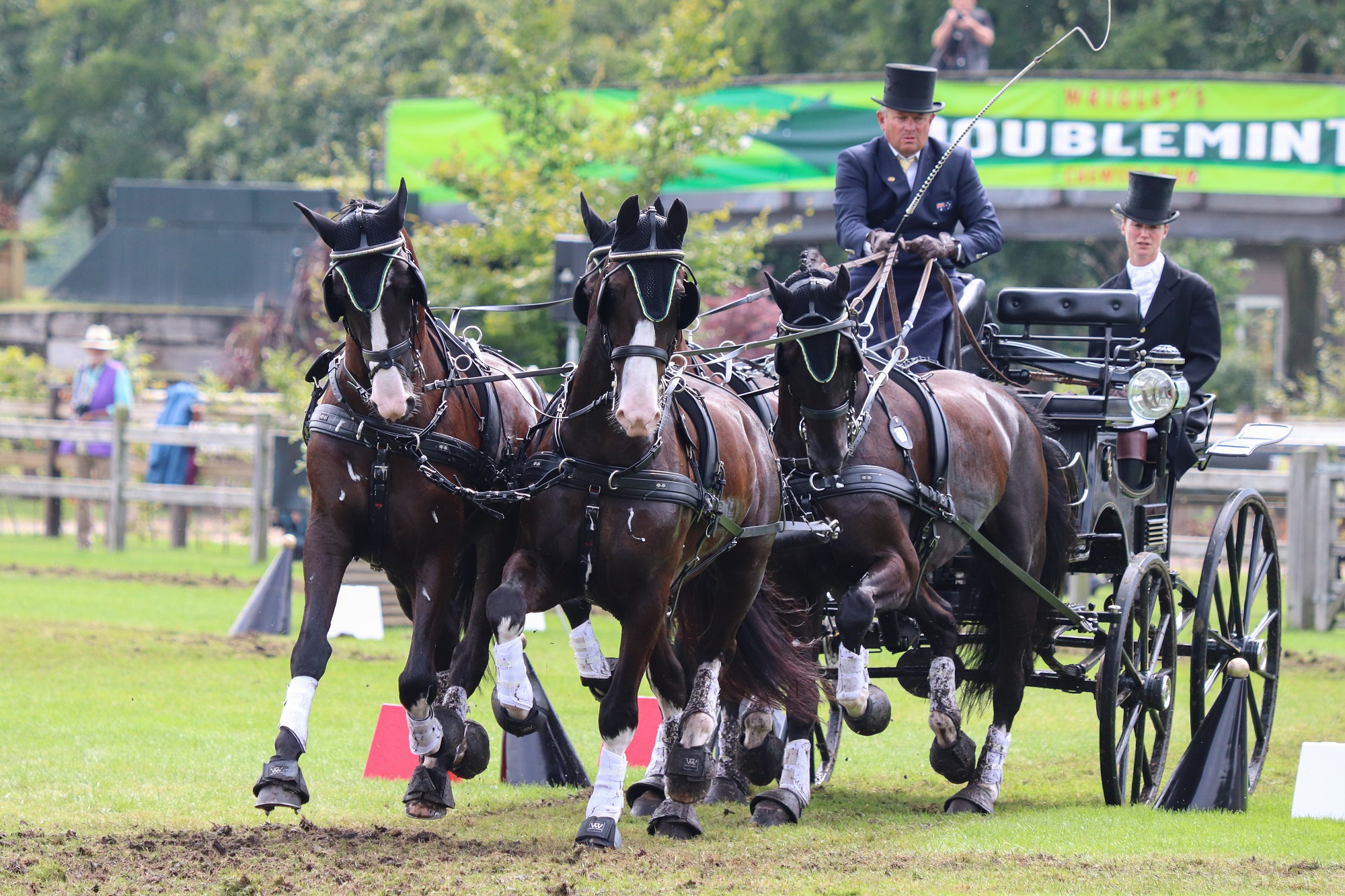 Borkel en Schaft (Valkenswaard) was the centre of the international driving sport for the past five days at Exell Equestrian. The organisation had decided from the start to run the event without spectators but did everything possible to make it a top event for the competitors. Drivers from 16 nations competed for the prizes.

It became an exciting competition with performances at the highest level. Over 90 turnouts started their competition as usual with dressage on Thursday and Friday. Saturday was Marathon Day with nine beautifully dressed obstacles. “Although we don’t have spectators, we do not want to make any concessions to the standard of our event,” said chairman Ludo Hertroijs before the event. The show grounds and obstacles looked amazing. The competitors all drove eight obstacles. The last obstacle for the horse teams was a different one than for the horse pairs. The special ‘In Memory Prince Philip obstacle’ was dressed with beautiful photographs of the recently deceased Duke of Edinburgh who was one of the founders of the four-in-hand sport.

The marathon was extremely exciting, and the standings changed after each phase of the competition. Also on the last day, during the final obstacle driving competition. The horse pairs class was won by reigning World Champion Martin Hölle from Hungary. Australia’s Tor van den Berge finished in second place and Dutch driver Stan van Eijk came third. Driving Valkenswaard International was a very important competition for all drivers in this class as it was one of the last tests before the upcoming World Championship.

Host of the event Boyd Exell won the four-in-hand class, followed by Dutch drivers IJsbrand Chardon and Bram Chardon who herewith contributed to the golden team medal for the Netherlands in the Nations Cup competition. Exell was of course very pleased with his victory but was even more happy with the success of the event: “I am very pleased with the group of people with which we have organized this event. We only want the best for the competitors, and we set high standard to the show grounds and the obstacles. Listening to the reactions of the competitors, I believe we have succeeded.” To be an organizer and to perform at the same time was a big challenge for him: “I am happy with my performance, but especially grateful for all the help from the people in my team. It was an exciting week.”

After last year’s last-minute cancellation of the World Championship for four-in-hands in Valkenswaard, the organising committee is very happy with the success of the event: “We do hope that we will be able to run the event next year with spectators again. We did miss them this year! The competitors know that they can compete at a fantastic competition at DVI, and we would like to welcome them again next year from 9th to 12th June. And we keep our ambition to host a World Championship in the future,” says Ludo Hertroijs.