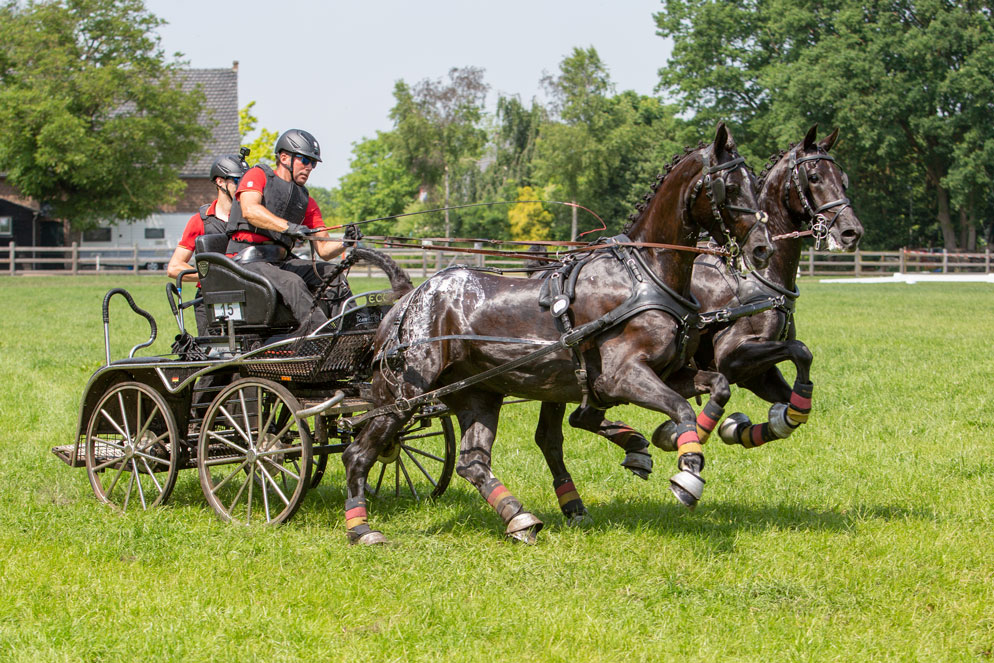 During Driving Valkenswaard International which takes place from June 9th to 12th, the international horse pairs and horse four-in-hand drivers will not only battle it out as usual for the highest placings in their FEI class, but their scores will also be used for a special, non-FEI, Handicap Stakes class.

This is a separate competition, the same scores of the CAI competition will be used for the DVI handicap stakes.

Like in golf, each driver will be attributed a handicap score. This will be determined by the Organising Committee, based on results and rankings at previous international competitions.

After the definite entries are done, the OC will look at the FEI World Ranking list. If competitors are not on this list, the OC will go back to the last competition they competed at in the last 10 years.

The scores of the dressage, marathon and cones will be added to determine the winner of the DVI Handicap Stakes pairs and team class.

For example, Wayne van Niekerk will start on a handicap of 20 points, while Boyd Exell will start with a handicap of 150 points. Other drivers start score will be ranked in between this range.

In this case, Wayne will win the DVI Handicap Stakes with the lowest number of penalty points.

All drivers will need to drive and perform at their optimum in order to finish on the podium.

The winners will receive fabulous DVI prizes in kind.