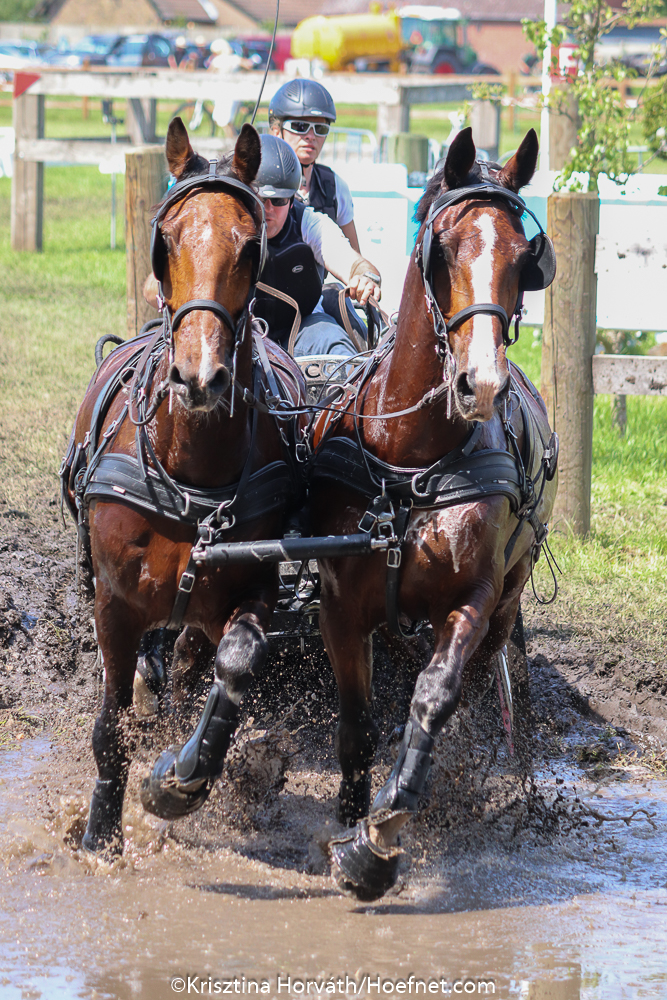 From 7-11 of October the grounds of Exell Equestrian on the Horse Boulevard in Valkenswaard will be welcoming competitors to the FEI Driving World Championship Four-in-Hand. After discussions with the national and international equestrian federation, the organisation has decided to also allow a small number of international pair drivers to start.

For this group a two-star competition will be offered. The top countries in the individual standings at the World Championships in Drebkau 2019 will receive an invitation to send competitors. Pair drivers from Hungary, Germany, The Netherlands, Austria, Switzerland and France as well as Poland will be welcome. The number of drivers per country will be determined depending on the number of four-in-hands starting at the World Championship as well as the two-star competition for four-in-hand horses.

Naturally the World Championship for Four-in-Hand will have the absolute priority on the program. There is more than enough room for training and for all turnouts to drive their dressage and cones in a separate ring if weather conditions are poor.

The organisation has recently received the approval of the Township of Valkenswaard to hold the event. As of this moment it will be held without spectators, but the entire competition will be available via (paid) livestream online!