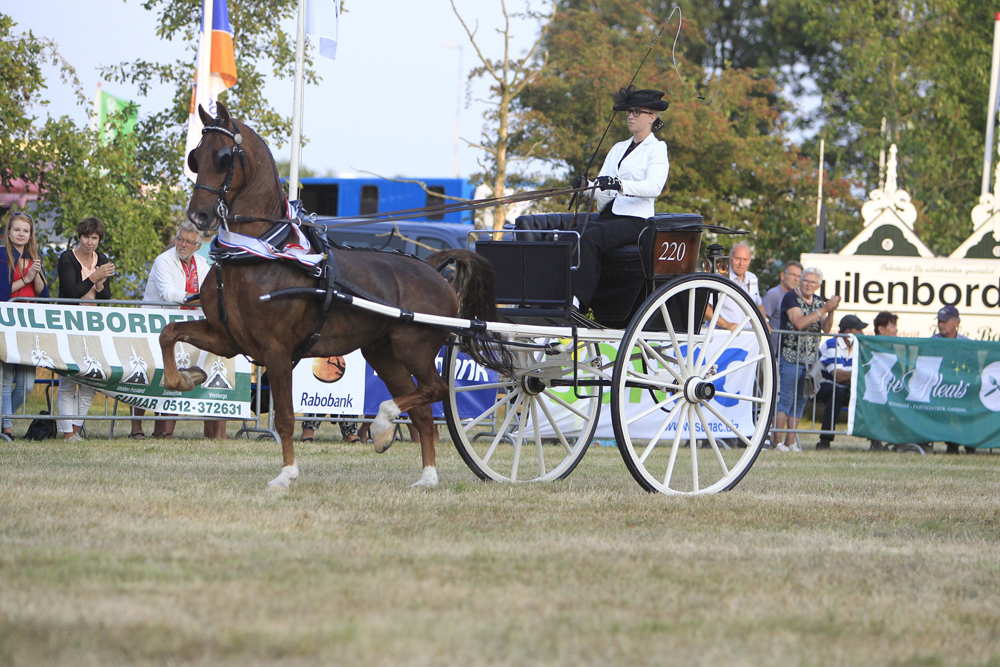 The Cones competitions at Driving Valkenswaard International will on Sunday 2nd June be alternated with four harness horse classes. The list of competitors includes a large number of names of regional and national champions.

The Ladies Class also includes several Champions. One of them is Emerson (v. Manno) owned by Niek Alting, driven by Manon Veerman. She won the Regional Northern Championships, which allowed her to compete against other Regional Lady Champions. This resulted in the title Hippiade Champion Ladies Class. Champion of the Middle/West/Southern region Pien Jansen and Wildrose F (v. Manno) was one of the opponents and will also start in Valkenswaard.

In the Pairs Class, all yes are set on the winner of last season’s Multiples League, Leendert Veerman.