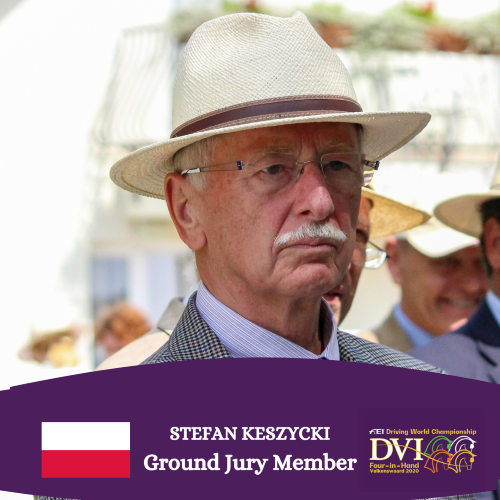 Introducing Stefan Keszycki (Poland) Ground Jury Member Stefan has been an international Judge since 1988 and has been involved in the following competitions;

“I was judging the following FEI World Driving Championships: