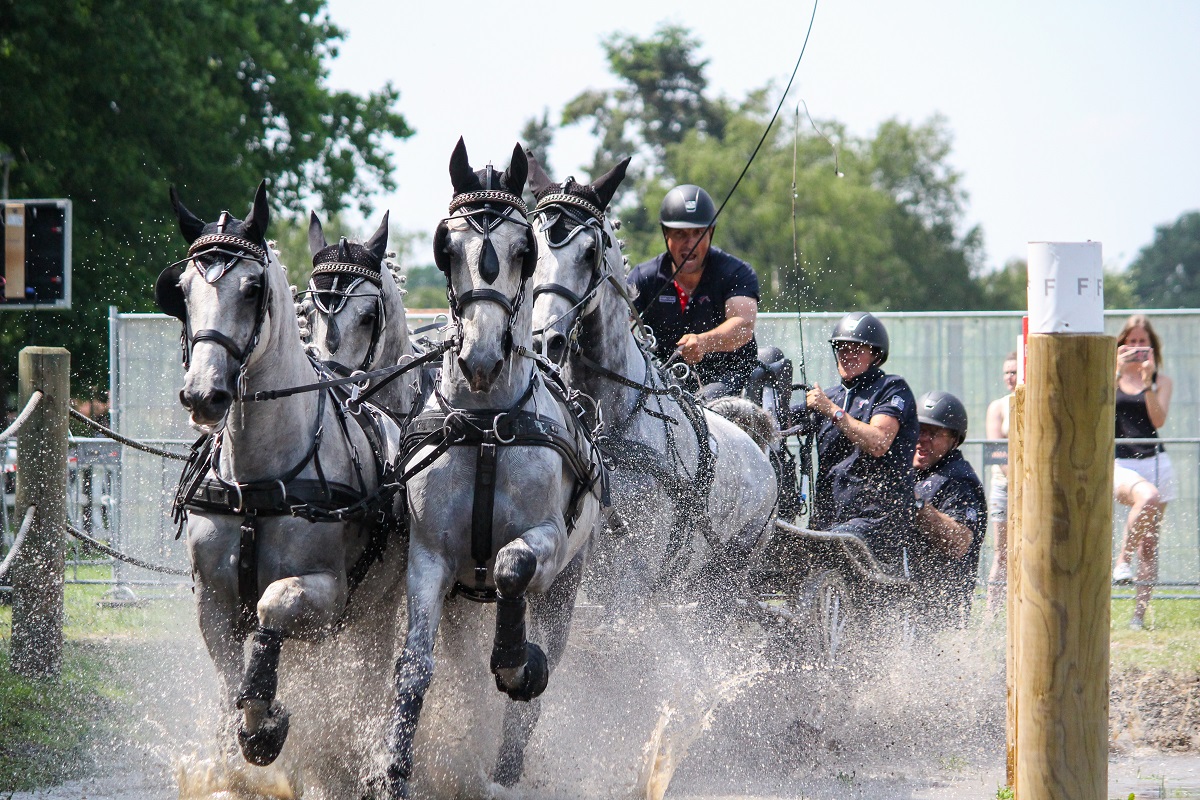 The World Championships for Four-in-hand horses are coming!

After a lot of uncertainty, the World Championships for four-in-hand horses will still be taking place this year in the Netherlands. Held on the grounds of reigning World Champion Boyd Exell’s stables in Valkenswaard, drivers will strive for individual and team medals from 7-11 October.

This will of course be a ‘Covid-19-proof’ World Championship. The greatest consequence of this will be for the spectators. A World Championship held in the Netherlands always attracts a great crowd of driving enthusiasts, but this year everyone will be relegated to following the competition via livestream. Chairman of Driving Valkenswaard International Ludo Hertroijs explains: ‘We are of course extremely happy that a World Championship is even going to take place this year. Of course a championship without spectators will be a calmer affair, but the sport itself remains the priority. It was extremely important to us that fans of combined driving are able to follow the competition on another medium, and the livestream is therefore a great option.’

There are 39 drivers representing 14 countries entered in the World Championships. From these countries, 11 will be sending a national team. The ten-time gold medal winning Dutch team is still favoured to win the team competition, even though they had to settle for silver two years ago in Tryon (USA). For the individual medals, host Boyd Exell will be defending his gold medal, but will be put under pressure by top Dutch, Belgian and German drivers. It promises to be an exciting competition!

At the moment the organisation is working night and day to make sure the grounds are in optimum condition for the competition. The building of 8 massive marathon obstacles is a huge undertaking.

Current information can be found on the website here.