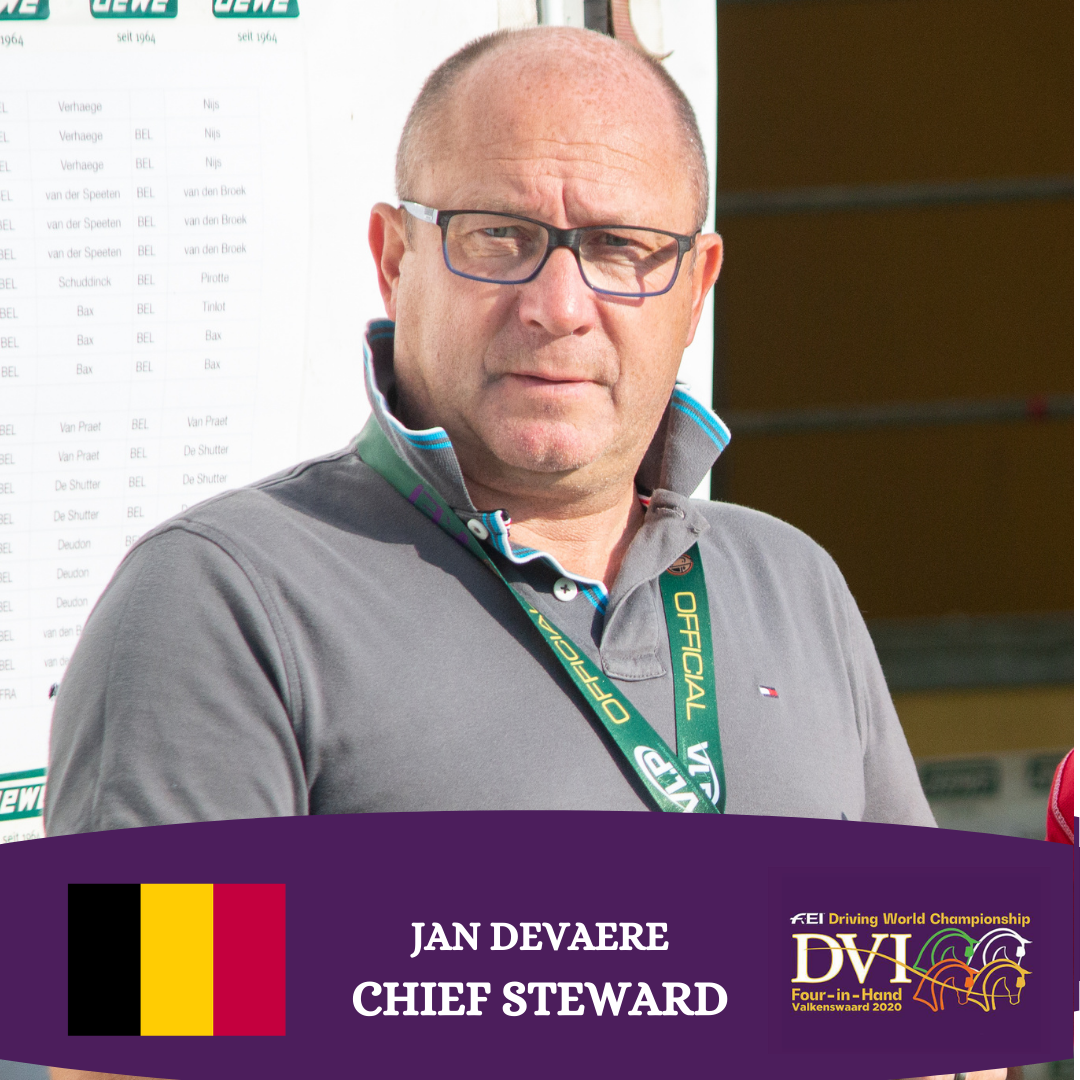 "My name is Jan Devaere. I will be present as Chief steward during this competition.

I am 58 years old and living in the beautiful city of Bruges, Belgium. I was working until recently in the Belgian Police where I was responsible for “the police of the police” in several local police forces.

I am an FEI official as steward driving since 1999. Since 2006, I am Honorary General Steward driving within the FEI and in 2012, with the reorganisation of level’s in stewarding, I was promoted to the highest level, level 3.

In 2009, I started as course director to give formation and refreshers to stewards driving.

I was present at several WEG’s, Championships, CAIO’s and of course other international competitions all over the world.

I will be working with a team of 7 stewards of different nations. Our team will be supervising stables, training area’s and check if the turnout (horses and carriage) is according to the rules.

In all our duties horse welfare is paramount, thereby ensuring fairplay for all. We also ensure that the principles of good sportsmanship are respected.

Our team has 3 magic words : help, prevent and intervene."